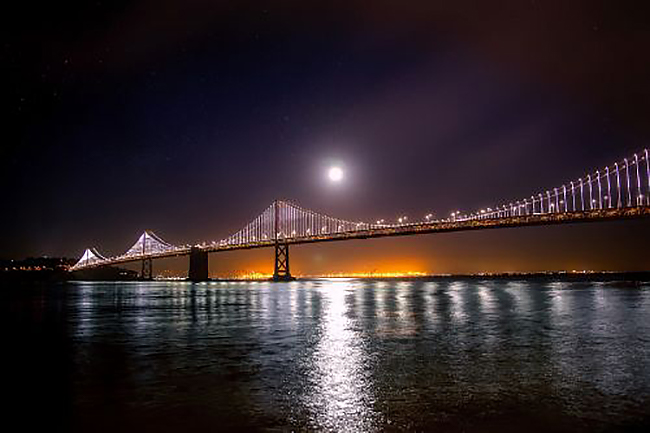 Caltrans and WBA link up for iconic bridge

In 2003, plans were initiated to design and construct a new bridge to replace the entire eastern section of Interstate 80 that connects San Francisco to Oakland. In planning for the replacement of the Bay Bridge expansion joints, the California Transportation Commission tapped into their own experience in utilising a floating plate design that withstood significant seismic movement in other parts of the state. For the Bay Bridge, they would apply these principles on a much larger scale.

Due to Watson Bowman Acme’s over 65 years of experience designing and constructing bridge expansion joints, and a longstanding relationship with Caltrans, WBA was called upon to support Caltrans in designing innovative, custom seismic plate joints that would safely handle all movements during various seismic event protocols.

Custom design for a landmark structure

The Caltrans Seismic Joint Type II design for this project consists of a modified Wabo®TransFlex moulded rubber segmental expansion joint – dubbed “Wabo® MDM TransFlex” (Multi-Directional Movement) – that is anchored to the bridge deck on one end and pinned to a deck plate that spans across the joint opening on the other end. The Wabo®MDM TransFlex moulded rubber panels and a portion of the deck plate rest on an embedded structural steel support plate.

The bridge opened to traffic on Labor Day weekend, 2013, and has earned many accolades, often mentioned alongside the Golden Gate Bridge as an iconic structure of the SF Bay area.