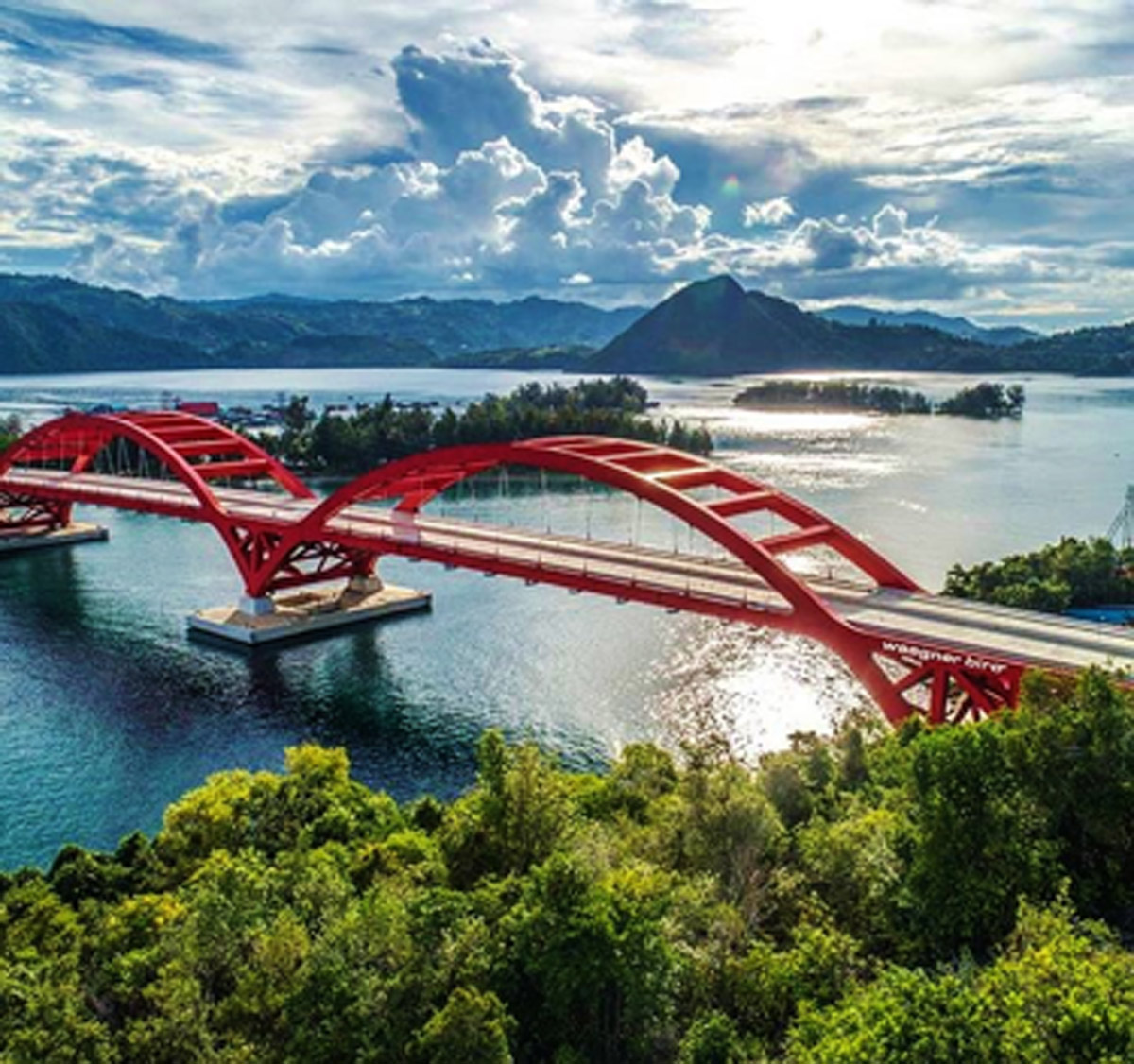 Nestled in the easternmost province of Indonesia, just outside the Papua region’s capital city of Jayapura, lies Holtekamp Bridge. The brand new 732-meter structure, a key component of the 4,325 km Trans-Papua Highway, holds the title as the largest steel arch bridge in Papua and is outfitted with several Wabo® expansion joints.

Watson Bowman Acme’s longstanding relationship with PT Magdatama was a key component in this project’s success.  The two companies worked together to win the job and select four custom Wabo®X-Cel Modular joints to meet the bridge’s design requirements, which included a large movement range and seismic considerations. WBA’s in-house engineering team was tasked with designing the custom joints to withstand 28 inches of longitudinal movement and 13.5 inches of transverse movement, as well as vertical movement.

Completed in 2018, Holtekamp Bridge connects the Hamadi area in Jayapura Selatan District to the Holtekamp area in Muara Tami District. In doing so, the route from Jayapura City to Skouw has been reduced from 2.5 hours to 60 minutes.