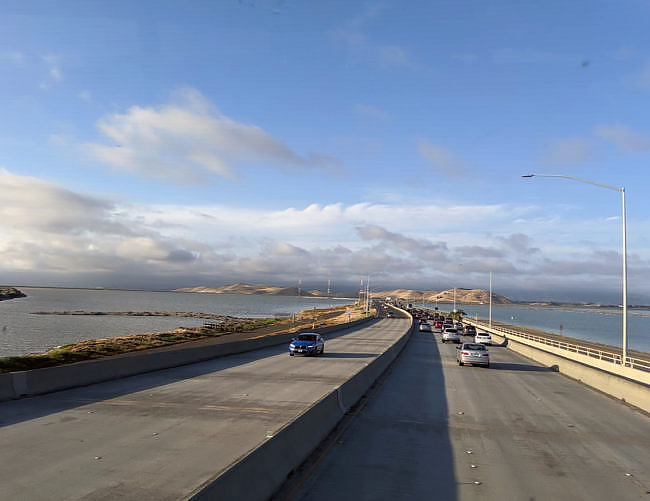 Twenty-six years after its completed construction, the Dumbarton Bridge in San Francisco, CA, which connects the City of Fremont to the Cities of Menlo Park and East Palo Alto, was due for an upgrade. Because of its location, the California Department of Transportation (CalTrans) wanted the bridge strengthened to be able to withstand a Maximum Credible Earthquake (MCE).

To accommodate the increased joint movement at Piers 1 and 44, existing deck joints would have to be replaced with seismic expansion joint systems. Enter Watson Bowman Acme design team. Working hand in hand with CalTrans, a new system was created. CalTrans Type II seismic plate joint was specified for the retrofit, and the Wabo®TransFlex system was modified to accommodate the new system design and 42” seismic gap – giving birth to the Wabo®MDM TransFlex system (Multi-Directional Movement).

The Dumbarton Bridge is 1.6 miles long and has an average daily traffic count of about 64,000 vehicles. The project took 3 years to complete and was a huge success, further strengthening the partnership and innovative connection between CalTrans and WBA.